Welcome! Unfortunately the most stuff on this site is written in german. But in 2005 the US-edition of my first book on 9/11 was published. The german edition appeared July 2002 and sold 50.000 copies in the first three monthes, but the US-publishers interested in a translation then were afraid to print it. (“Most important book, but if I publish this they will burn my house”, said one  “liberal” US-publisher at the Frankfurt Bookfair 2002.) So the bookcame out  in Indonesia (2002), Hungary, Greece (2003) and in arabic language (2004), until finally   The Progressive Press had the balls. For an overview of the content and a brief summary please click here; order your copy at Amazon here.

Even if the  US-edition contains  updates and some further extras, one supplement of the german edition is not included. It’s not of really massive importance, but kind of the fun-part of the book: a poster by Gerhard Seyfried – cartoonist, writer and friend of mine – called “The secret diagrams”. But you don’t have to miss it and  may crawl through the web-version of this labyrinth – “explaining” every conspiracy on earth and beyond – for a larger version click on the poster: 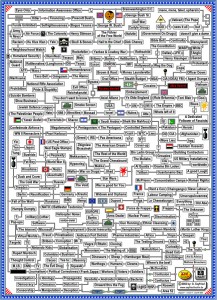 My second book on the terror-attacks and the cover up, co-written with Andreas Hauss  – “Facts, Forgeries and the supressed evidence of 9/11” – is not available in english yet, but you can read a brief summary here.

Below some  english lectures  from the last years:

In the beginning, there was conspiring
Lecture at the conference “The New Pearl Harbour: Exploring Conflicting Interpretations of 9/11”  – Cork/Ireland, Nov. 12th 2005

Also available in English: the multi-language ( also: german, french, spanish) edition of a beautifull picture-book on one of the most beautifull and important plants of the planet:Cannabis. The benefits of hemp have been supressed for nearly a century and one of the most valuable crops of mankind is scapegoated by an insane prohibtion until today. This book  not only shows the amazing history of hemp in more than 300 photos, it’s also naming the facts why a sustainable economy can’t do without hemp in the future. Order at Amazon 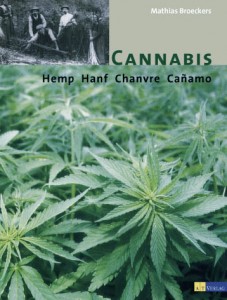